For someone who can’t match anything except black to white, I really do have a strange fascination with fashion. It’s something I haven’t delved too deeply into on this blog yet (although I do have the beginnings of a category for it) but it’s one of my favorite parts of an immersive film. I feel like menswear is a largely underappreciated aspect of costume design, so I thought I would take a minute to touch on some of my favorite menswear moments in film. Enjoy!

The Place Beyond the Pines || Costume Design by Erin Benach

Anyone who knows me knows that my very favorite outfit on a guy is a fitted white tee and dark blue jeans. That’s it. Whether it’s crisp and clean or slouchy and stained, there is something so simple and nonchalant about the combo that makes it feel timeless. In film, the simplicity of the outfit allows character traits and demeanors to take center stage. In The Place Beyond the Pines, Luke wears an oversized tee and acid splashed jeans that serve to make him look simultaneously tough and aloof. His devil-may-care attitude is played up by the wardrobe choice and fits seamlessly with the storyline.

Also see: Wade Walker (played by Johnny Depp) in Cry-Baby and Jim Stark (played by James Dean) in Rebel Without a Cause

All too often, men’s costumes are reduced to monotone suits and nondescript outfits that might as well have been pulled from a department store. Thanks to costume designer Sharen Davis, however, that was the furthest thing from the case for 2012’s Django Unchained. Every wardrobe change is meaningful and feels like a step down a path of self-discovery– none of them more so than Django’s green bounty hunter garb. It is functional yet stylish, and in it, he looks like his true self: a hero.

Also see: No one. This outfit is unparalleled.

I may or may not have a thing for lanky boys with floppy hair and freckles. Bonus points if they’re a little awkward and have eyes that crinkle when they smile (I’m looking at you, Andrew Garfield). The icing on the cake of this very particular look is the outfits that they are typically paired with. In most cases this means soft sweaters and eyeglasses, but in the best cases, this means Oxford shoes and rumpled button downs. No one does this look better than the one and only Newt Scamander. A cosplayers dream, Eddie Redmayne’s costume for Fantastic Beasts and Where to Find Them was a tailored combination of peacock blue and mustard yellow. The layered outfit, the hemmed trousers, and the tiny bowtie somehow add to his overall vulnerability while simultaneously making him look polished and oh-so-very English. Designer Colleen Atwood says of the look: “I felt like he was a bird or one of his fantastical beasts. I wanted him to look regular in the world to pass, but also to be exceptional in a sort of subtle way.”

While certainly not the pinnacle of fashion, dirty tanks and trousers are still iconic, almost entirely thanks to Marlon Brando’s portrayal of Stanley in 1951’s A Streetcar Named Desire. Of course, that fame was largely due to the fact that Brando was a total dreamboat strutting around with his muscles rippling under a sheen of sweat.

Butch Cassidy and The Sundance Kid absolutely devastated me when I watched it in college. I’ve watched 983 movies in my lifetime (but who’s counting), and this is one of only two that had an ending that really stuck with me. The ending doesn’t have anything to do with fashion, I just had to get that out of the way. The wardrobe choices in this film are all about practicality. Every item of clothing has that soft look that comes with wearing the same exact thing every single day, and the layered clothes probably smell like sweat and sunshine. Combined with the neck bandannas and flat brimmed hats, the whole ensemble comes together realistically, but also stylishly, and that is thanks to the effortless suaveness of Robert Redford and Paul Newman. They make dusty coats and rumpled trousers look like haute couture. Cowboy chic to the max. 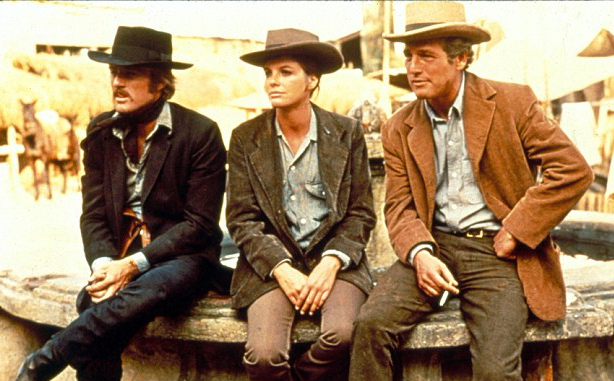 Also see: Han Solo (played by Harrison Ford) in A New Hope and Jim Craig (played by Tom Burlinson) in The Man From Snowy River

While I’m sadly not a big Molly Ringwald fan, Pretty in Pink was a high school favorite for one big reason: Ducky. I have a hunch that I might feel different if I were to rewatch it now, but at the time, I found Ducky’s loyalty and sense of humor to be downright marvelous. His fashion sense only made him seem more delightful, even though I could never quite tell if he was quirky without trying to be, or if he was actually trying really really hard. Either way, his bolo ties, layered looks, and small shades are still the absolute coolest in my book.

I suppose no list about menswear would be complete without a mention of suits. They say a bespoke suit is the male equivalent of extravagant lingerie. And whoever “they” are, they aren’t entirely wrong. There is something so divine about the crisp lines of a tailored suit. A good suit can transform the wearer, elevate the scenario, and delight the company. And no one is a better example of this than the late, great Jay Gatsby. You can take your pick between Robert Redford or Leonardo DiCaprio’s portrayal– the effect is the same. He is, after all, the man with the cool, beautiful shirts. 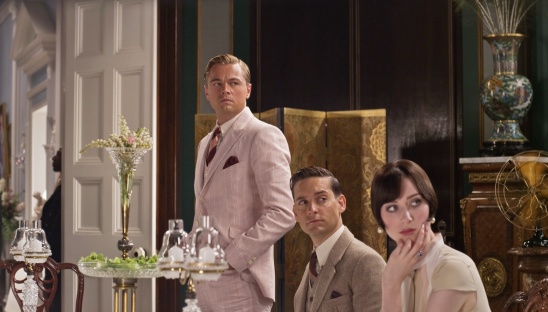 I would be truly remiss if I didn’t at least mention The Fall. I’ve talked at length about my adoration for Eiko Ishioka’s costume design, and her work on The Fall is no exception. The over the top presentation of the colors and styles are a perfect match for the rest of the film, and all of the bright primary colors work in perfect sync to create a flawless set of costumes. 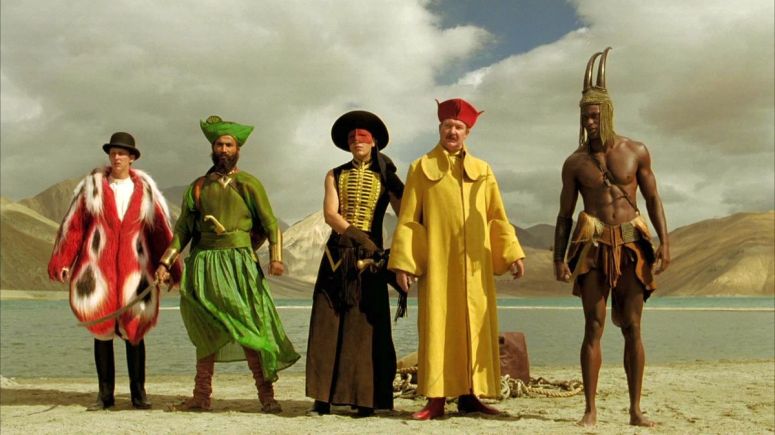 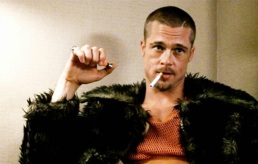 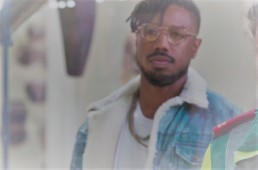 What are some of your favorite film moments in men’s fashion? Let me know in the comments below!

One thought on “Fashion in Film: Menswear”