Dobby: My pure angel baby. Far and away my favorite character in the HP books, Dobby is a wholesome soul who does his best to be himself in a world that was not made for him. His penchant for socks and his adoration for Harry are just two of the characteristics that make him so lovable. (Artist credit here) || “‘Socks are Dobby’s favorite, favorite clothes, sir!’ he said, ripping off his odd ones and pulling on Uncle Vernon’s. ‘I has seven now, sir. . . . But sir …’ he said, his eyes widening, having pulled both socks up to their highest extent, so that they reached to the bottom of his shorts, ‘they has made a mistake in the shop, Harry Potter, they is giving you two the same!'” -J.K. Rowling, Harry Potter and The Goblet of Fire

Saturday: Companion to September from Valente’s Fairyland series, Saturday is a blue marid from the ocean who can grant wishes– under certain circumstances. He’s a soft spoken creature with a tender heart and a knowledge of time and space that rivals any astrophysicist. I’ll keep recommending the series until the day I die, so you might as well pick up the first one now. || “She leaned in, and kissed her Marid gently, sweetly. She tried to kiss him the way she’d always thought kisses would be. His lips tasted like the sea.” -Catherynne M. Valente, The Girl Who Fell Beneath Fairyland and Led the Revels There

Ronan Lynch: Bad boy extraordinaire, Ronan Lynch is a force to be reckoned with. He’s a heart attack, a car crash, an oil spill. He’s a magician beyond your wildest imagination, a farmer with a secret and a soft spot, and he must be protected at all costs. (Artist credit here) || “Ronan’s smile was sharp and hooked as one of the creature’s claws. ‘A sword is never a killer; it is a tool in the killer’s hand’.” -Maggie Stiefvater, The Dream Thieves

Merry & Pippin: Quite possibly one of literature’s most dynamic duos, these two hobbits are nigh on inseparable, hence my including them as one unit (even though I prefer Pippin). Merry is the smarts and Pippin is the… comedic relief? They are witty to a fault and set in their cushy hobbit ways, but they don’t hesitate to stick up for their friends and do what is right. ||“‘That’s what I meant,’ said Pippin. ‘We hobbits ought to stick together, and we will. I shall go, unless they chain me up. There must be someone with intelligence in the party.'” -J.R.R. Tolkien, The Fellowship of the Ring 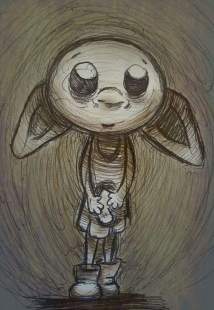 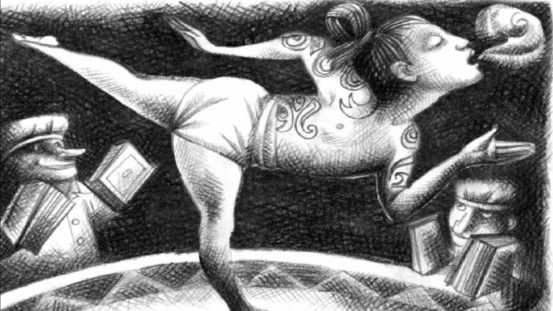 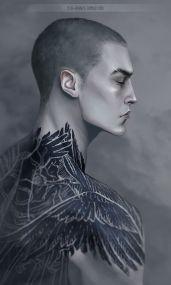 Dream: Moody, broody, and omnipotent, Morpheus is a wise and petty demigod of sorts. Ruler of the dream world, he has moments of shallow vindictiveness and moments of heartbreaking compassion. His ten volume arc was published over the course of 14 years and garnered endless acclaim– for a good reason. Neil Gaiman is an unparalled writer, and the life he breathes into Dream is passed on to us. || “But he did not understand the price. Mortals never do. They only see the prize, their heart’s desire, their dream… But the price of getting what you want, is getting what once you wanted.” -Neil Gaiman,  Sandman #19

Ghüs: He’s a humanoid seal. Who rides a walrus. And wears yellow raincoats. Nuff said.|| “Ghüs has been a lot of things in his day… but sweet is not one of those things.” -Brian K. Vaughan, Saga Vol. 5

Peter Quill: With the exception of DC’s Bombshells series, the comics I read the most of is Guardians of the Galaxy. And Peter Quill, aka Star Lord, is a gem in the galactic group. A little more tenderhearted than the movies portray him, Peter Quill is just a man trying to save the galaxy and his friendships. || “I don’t mind dying like the valiant intergalactic hero that I am… but the least you could do is pay attention!” -Peter Quill, Earth-616 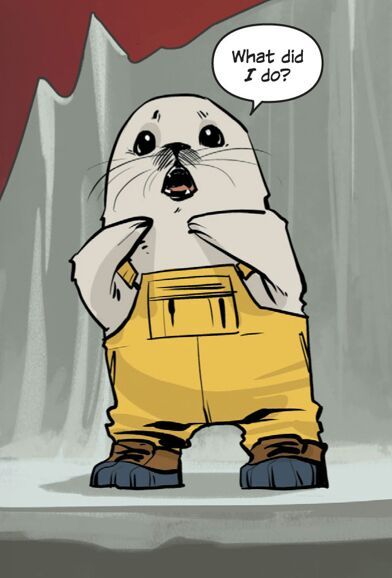 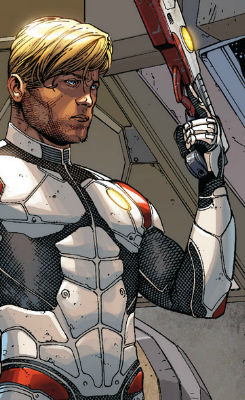 Leo Fitz: Scottish scientist and S.H.I.E.L.D. agent, Leopold Fitz is equal parts brilliant and dorky. He has a soft heart and looks for the best in people, as well as using his genius to create inventions to help others. He’s also half of a beautiful slow burn relationship, which I historically have a huge weakness for.|| “There’s nothing wrong with the data in my head.” -Leo Fitz, Agents of Shield, #2.11

Han Solo: Problematic fav. Han is definitely the outlier on this list– he’s cynical, arrogant, unreliable, and honestly, a bit of a f*ckboi. But he’s also the most realistic character in Star Wars and he ends up coming through in more way than one. Not to mention, he’s a hell of a pilot. #hanshotfirst || “You like me because I’m a scoundrel. There aren’t enough scoundrels in your life.” -Han Solo, Star Wars Episode V: The Empire Strikes Back

Lito Rodriquez: A closeted Mexican actor in the Sense8 cluster, Lito is beautiful and emotional and brave and tender. He spends the vast majority of two seasons learning how to do what is right instead of what is easy, which is both relatable and hugely encouraging. || “In the end, we’ll all be judged by the courage of our hearts.” -Lito Rodriguez, Sense8, #1.8

Peppermint Butler: A master of the dark arts, Pep But is devious in his spare time but unequivocally loyal no matter what. Long-time advisor and caretaker to Princess Bubblegum, he is the only member of her kingdom who sticks with her when she is exiled. He brings her tea, helps her prank usurpers, and assists with saving Marceline the Vampire Queen. || “Say ‘hi’ to Death for me if you see him, he lives in a castle made of light.” -Peppermint Butler, Adventure Time, #2.17 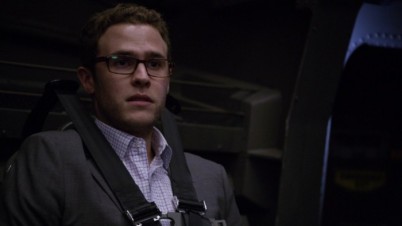 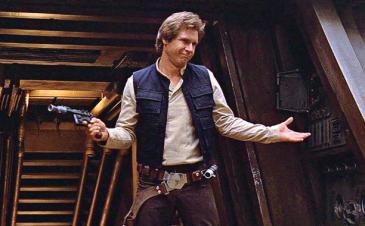 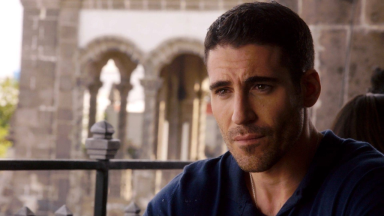 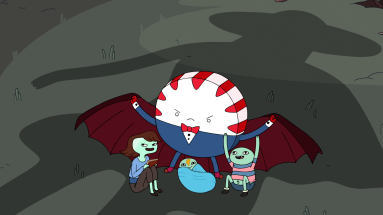 It’s been increasingly refreshing to come across more gentle boys with good hearts over the years. Toxic masculinity is a deeply damaging and pervasive part of our culture, and the more we present boys with alternatives to the stoic and degrading men that grace our pages and screens, the better off the world will be.

Runner-ups included Gandalf from The Lord of the Rings, Jake the Dog & Finn the Human from Adventure Time, the MCU’s version of Loki Laufeyson, Onion from Steven Universe, and The Gray Man from The Raven Cycle.