Welcome to summer! Last Thursday marked the longest day of the year and the official first day of summer, so I’m here to recap some of my favorite finds from this spring. Here we go!

The long-awaited second novel from one of my favorite writers, Madeline Miller, was released this spring and it did NOT disappoint. As usual, Miller brings a beautiful touch of humanity to the deities of Greek mythology. This book follows the story of Circe, daughter of Helios and one of the first witches of all time (you might recognize her name from The Odyssey). It is a journey of discovery and empowerment, and the spells aren’t even the most magical thing about this novel. Readers familiar with The Song of Achilles can expect another marvelous dose of Miller’s poetic prose and quotable lines.

This HBO show came highly recommended to me by three people who know me very well, but it still took me months to get around to watching it. I binged the entire show in one day, and then immediately watched it again over the course of the following week. It is a masterpiece. The first minute of the show reveals a murder, but we don’t know who was killed, or who the killer was. The next six episodes take you back to the beginning, introducing you to characters without telling you who did what. There is no clear protagonist, because you can understand the perspective of each character and their motivations. At any given point, the killer could be anyone, and anyone could have died. The finale is extraordinary and ramps the tension up to 100. Perhaps my favorite thing about the show is that it actually allows women’s stories to be the focus, rather than letting male perspectives dominate things. This is a show about and for women– about their strength and perseverance and choices and support for each other. It is hauntingly beautiful, brilliantly cast (Reese Witherspoon, Nicole Kidman, Zoë Kravitz, Laura Dern, Shailene Woodley), and impeccably written. I can’t recommend it highly enough.

Please keep in mind that the show carries a content warning of domestic violence, abuse, and rape. 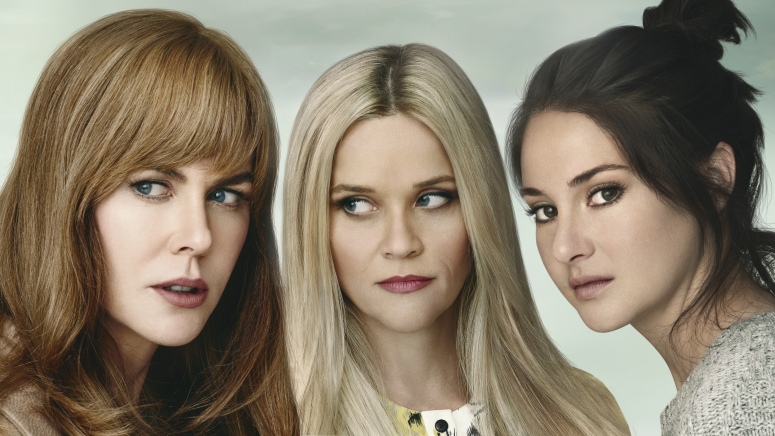 The book! I first watched this movie back in high school, and while it was certainly enjoyable, I didn’t entirely understand the hype. I went through the full trilogy in college, and then of course watched Jurassic World when it was released in 2015. But I picked up the book by Michael Crichton this spring and was completely floored. No one told me what a phenomenal piece of writing I was in for! Originally published in 1990, I felt the same way about this novel as I feel about Dracula: I wish I could have read it when it was first released. Before it sparked an entire genre. Before it was commercialized, monetized, and parodied. Before time and acclaim and movie deals revealed every conceivable twist and character introduction and plot point. Because even though I know plenty about the universe of Jurassic Park (just like I know plenty about vampires), this book had me quite literally on the edge of my seat. Crichton is a master of building tension and foreshadowing. He utilizes varying POVs with such success, and crafts an adventure that is wholly absorbing even if you already know the story.

So here’s the thing. I really like musicals. I love the production and the drama and the glitzy song/dance numbers. I’ve watched Burlesque more times than I can count for those very reasons. But these days, there aren’t really many good musicals being released. La La Land fell so short for me. Sing Street was almost as laughable as Rock of Ages. Hairspray tried. So did Into the Woods. But Greatest Showman hit so many of the right notes (pun absolutely intended). Keep in mind that in order to avoid the reality of Barnum’s rise to fame, the movie is more of an “inspired by” take on the tale rather than a “based on a true story” body of work. However, the movie pairs gorgeous costumes and choreography with the best musical soundtrack since Chicago. Okay, that might be a bit of a stretch, but it actually is full of great songs. Although it’s too late to catch it in theaters, I would highly recommend watching this movie on the biggest screen you can find– all the extravagance was made to be immersed in.

Some of you might remember when I read the first book in this series and how much I loved it. I ended up devouring the rest of the trilogy– even though I took two weeks to read the final book because of how anxious I was that everyone I cared about was going to die– and loving it. Dystopian novels tend to be one of my favorite genres, and I haven’t come across anyone who does it better than Pierce Brown. His timeline stretches over the course of several years, but manages to fill the span seamlessly and without feeling forced. His diversity isn’t quite on par with my ideal scenario, but he imparts so much strength and bravery to his characters. The books are an easy read, almost like YA, but unlike a YA dystopia, these books don’t shy away from the brutality of the situation. I’m not putting any fan art from the series here because spoilers, but PhantomRin on tumblr has some stellar characters interpretations and if you’ve read the books you should absolutely take a peek. #BreakTheChains

And that’s that! These were some of my favorites from the past several months. Did you read or watch anything this spring that stood out to you? If so, let me know in the comments!

Well that was an unexpected hiatus.

I spent most of my spring months writing and compiling my second manuscript, which ended up utilizing every ounce of my creative energy and spare time. But here I am! And today, as a follow up to my post about my favorite films, I’m going to be talking about my favorite books. I get a lot of questions from people– both in real life and on the internet– about my favorite books and movies, and having these posts seems like a super helpful way to pass along recommendations. So here we go! 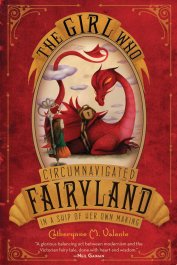 Concept: book one in a five book series, this follows the adventures of a young girl who gets whisked away to Fairyland. Think Alice’s Adventures in Wonderland, if the MC was more like Arya Stark.

Why I love it: I’ve talked about this book several times on this blog, so it should come as no surprise that I’m bringing it up yet again. My favorite books are ones that make prose feel poetic, and Catherynne M. Valente is a true master of her craft. This book perfectly marries whimsy and poignancy, and each character is crafted with such loving care. For the sake of transparency, I will say that, while all the books are lovely, I find the first book to be the strongest in the series. 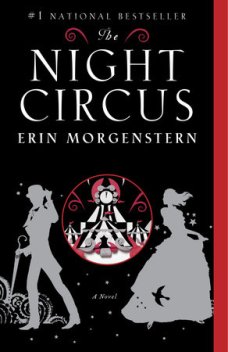 Concept: two young magicians are locked in an extended competition, with an enchanting circus as their playing field.

Why I love it: Erin Morgenstern’s writing style is so much like my own, but with a talent for capturing the big picture that I could never hope to accomplish. Her world-building is phenomenal, and she has perfected the art of ambiance and atmosphere. I have heard people complain about her descriptions not being descriptive enough, but I have always found the book to play up the best parts of my imagination. Morgenstern highlights sensory details, such as the way a certain food smells, or how a particular fabric moves, or the specific type of light illuminating a space. She leans on very specific and tangible moments, and lets the reader use that knowledge to fill in the rest of the world. I’m also a big fan of non-linear storylines, and this was one of the first ones I ever read back when I was in high school.

Why I love it: I don’t have the words for how much I love this book. I love the way Lauren Groff writes about Florida. I love her little asides to the reader. I love the way she slowly reveals the humanity of her characters. I love the success with which she encapsulates 50 years of time in a single novel. I love the beauty of her prose. I love all the emotions that the book captures, especially because it doesn’t shy away from the anger and bitterness that is such an important part of the full spectrum of emotion.

Concept: a retrospective look at the deaths of young sisters, told in a dossier-styled narrative by neighborhood boys who are now grown.

Why I love it: similarly to The Raven Cycle, this is a book that could have easily relied on the MPDG trope to carry the story along. The main characters in this book are a group of attractive and elusive sisters who seem to hold the entire male population in their thrall. However, Jeffrey Eugenides miraculously manages to bring dimension and humanity to each of the sisters in turn, and crafts a haunting and breath-taking tale. Bonus points for how brilliant his prose is.

Concept: a retelling of the Trojan war through the eyes of Achilles’s lover.

Why I love it: Madeline Miller is the light of my life and if you haven’t picked up either this book or her new novel, Circe, you are missing tf out. Her writing has a lyrical quality to it and manages to pull on your heartstrings in the deepest of ways. She re-frames familiar myths to bring humanity to gods, and utilizes romance as a thread in a tapestry rather than making it the entire focal point. 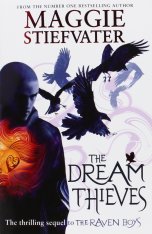 Concept: book two in a four book series, this focuses on the character of Ronan Lynch and his mysterious powers.

Why I love it: my adoration for The Raven Cycle is no secret. Neither is the fact that Ronan Lynch is a pure angel baby who must be protected at all costs. And neither is the fact that Maggie Stiefvater weaves magic with her words. I never would have thought book two of a series would end up being my favorite, but after reading this series four times through, Dream Thieves remains impeccable in my eyes. 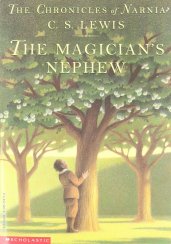 Concept: book six in the renowned seven book series, The Chronicles of Narnia by C.S. Lewis. This is essentially the origin story for Narnia, and follows the discovery/creation of the realm readers had already come to know and love.

Why I love it: Narnia was always near and dear to my heart growing up, but as an adult, Magician’s Nephew is the only book in the series that still connects with me. The book explores the world in a new way and takes a walk back in time, introducing readers to younger versions of characters we already know.